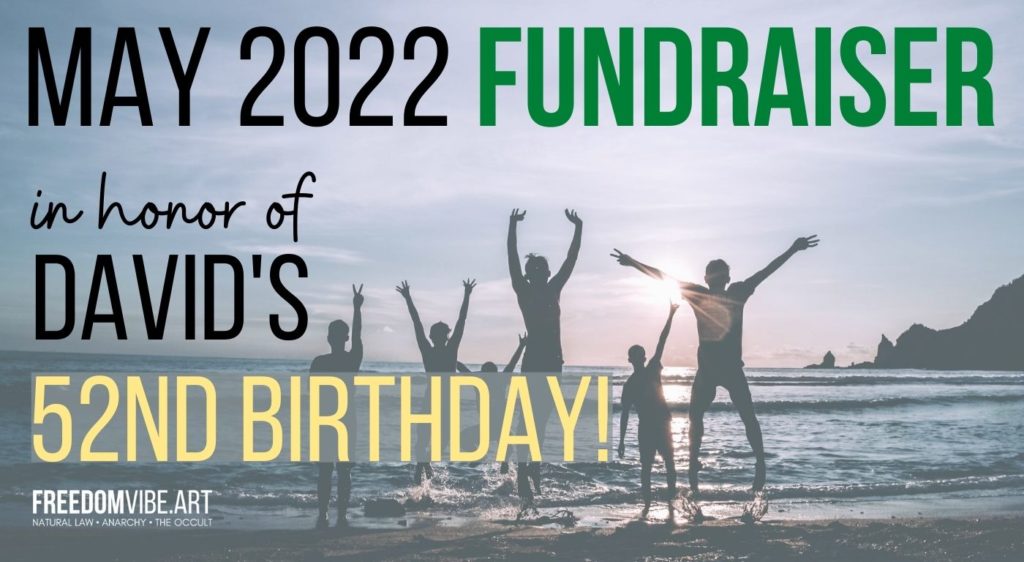 This month’s FreedomVibe.art fundraiser coincides with my 52nd birthday.

And I’m very proud of having reached this milestone.

Not merely for having lived for more than half a century.

Anyone can “live” for that long.

But rather for how I live.

For the person whom I’ve become.

And for what I now stand for. 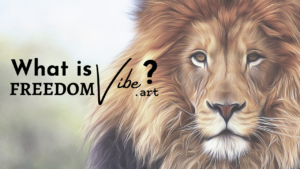 About four months ago, I launched FreedomVibe.art.

Not as a business.

But rather, as an art and education initiative.

More specifically, one that embodies and promotes values of spiritual evolution:

And teaches how we can manifest Freedom collectively, through the application of these principles in physical reality.

When I got started, I knew exactly what I was getting myself into.

I already knew that I would lose many so-called “friends.”

People whom I had known for years would just ignore or abandon me.

I knew that I would become widely unpopular and ostracized.

I also knew that I would be shadowbanned on social media.

And that some of my content would be wrongfully censored.

Which is exactly what has happened. 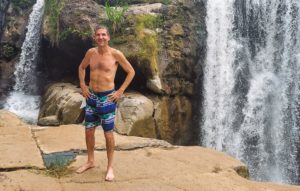 At 52, I’m happier and more satisfied personally with my life than at any time in the past.

I have no regrets, shame, or embarrassment about my work.

There are no taboo topics for me.

I’m proud to be talking about the so-call “negative stuff.”

The knowledge that very few people have the guts to talk about:

Like the fact that government is a religious cult that believes in the legitimacy of slavery.

Based on the immoral and illegitimate belief in “authority,” there can be masters or rulers.

And how these “rulers” steal from us through extortion and coercion, euphemistically calling it “taxes.”

How it is true at all times and places that there is an objective difference between right and wrong behavior.

And how all human beings have the same infinite rights, and the only actual wrong is to steal the life, rights, or property of others.

About the existence of Natural Law, the spiritual laws of consequence that, just like gravity, operate all the time, whether we believe in them or not.

About how religion is the root causal factor leading to all the chaos, disorder, inequality, injustice, and suffering in the world.

About how all man-made laws are either illegitimate or redundant and based on the erroneous ideology of moral relativism.

How parents who aren’t working hard to expose the truth can’t possibly love their children.

Through ignorance, cowardice, and apathy, they willfully cast future generations into deeper bondage and suffering. 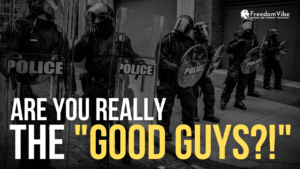 I’m exposing the police for who they really are – order followers, who have no conscience.

And who murder, assault and kidnap for a paycheck.

How all of the mainstream institutions of this world continuously blow smoke up your ass.

That’s how they keep you distracted from occult knowledge and deeper truths.

And you know what?

You ain’t seen nothing yet.

I’m going to be even more offensive in upcoming content.

More in the face of people who lack courage.

Because I’m on a mission.

My mission is to deoccult widely hidden knowledge.

The exposure of which comprises a “master key” that unlocks physical, psychological, and spiritual freedom for everyone.

The truth is always very simple.

Lies and deception require a lot of words and elaborate schemes to hide.

That’s why millennia are required to engineer institutions like cultural religions, the monetary system, government, education, the medical profession, and others.

And that’s also why I’m highly motivated to do the work that I do.

If you’ve been getting value from my art, then I want to invite you to donate as part of this fundraising effort.

Any amount is greatly appreciated.

You can donate here.

I’ll also consider it a gift in honor of my 52nd birthday, which falls on May 4th.

Thank you in advance for your support!