Have you ever tried to fly by flapping your arms up and down?

You probably did at least once in your life.

Most likely during your childhood.

As children, we dream big, and our imagination is strong.

We want to take flight – and for good reason.

As that child flapping their arms, you probably truly wished to become airborne.

However, this is not how reality works.

No amount of dreaming will allow us to take off merely by the motion of our arms.

This is no substitute for an applied common-sense understanding of the physical laws of nature.

Only by understanding and harmonizing with gravity, thermodynamics, and other laws can we ever take flight.

I chose this specific analogy because I think it’s fairly easy to understand.

We all “get” gravity, and how it affects us.

trying to be free without understanding spiritual law 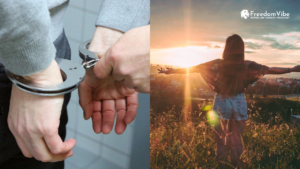 Just like flying by flapping our arms alone, we cannot be free just by desiring freedom and praying for its manifestation.

Nor through public protesting or civil disobedience.

Political change won’t cut it, either.

These are all effects of causes in the manifested world.

They have been called by some researchers the act of “rearranging furniture on the deck of the Titanic.”

Doing so would never have saved that sinking ship.

So, what is the actual root cause of our lack of freedom?

The root cause is ignorance.

In the case of flying, it was ignorance of the physical laws, and exactly how they work.

For freedom, it is the hidden spiritual laws we call Natural Law.

They are no less precise than the physical laws.

The only difference is that they operate from beyond the physical realm.

And they govern the consequences of our choices of behavior, rather than the motion of and interaction between physical bodies.

so what is freedom, anyhow? 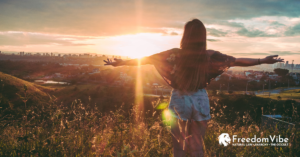 You hear a lot of talk about freedom online.

These are all buzzwords in today’s pop culture.

Notice how nearly all of these approach freedom from an individualistic perspective.

That’s all well and good, but true freedom is manifested in the aggregate.

We measure freedom across an entire species or civilization, rather than just on an individual basis.

Freedom is the aggregate degree to which members of the species may exercise their free will choices of behavior.

As a species, we have a very low level of freedom at the moment.

We are slaves, coerced under duress and the threat of violence to give up a percentage of the fruits of our labor.

We are often threatened to stop when exercising our right to free passage.

The reason why we are enslaved is because we are largely immoral as a species.

We do not understand the objective difference between right and wrong behavior, and the inherent consequences of our moral choices of behavior.

The above statement is a scientific truth that can be discovered by applying the Trivium method of scientific inquiry.

These laws of nature have been called by many names:

It doesn’t really matter what you call them.

But Ignoring them does have a consequence.

The consequences of ignoring natural law 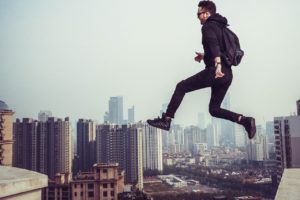 If a young child jumps off a tall building, thinking that they can fly, they will die very quickly.

Ignoring Natural Law has consequences, too.

However, unlike physical laws, these consequences aren’t always immediate.

Nor are they felt solely by individuals.

They affect you, and I, and all of us. 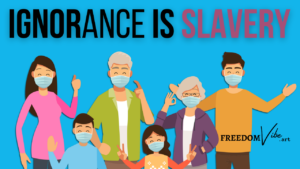 As I explained in a recent video, Freedom cannot manifest from ignorance, apathy & cowardice.

No more than these can lead us to fly.

Let’s take the example of the Wright Brothers, with respect to flying.

They were not ignorant of gravity or the physical laws of nature.

Quite to the contrary, they studied them judiciously, in order to find a solution.

They were not apathetic to our inability to fly.

Their strong desire to be able to leave the ground translated into effective action.

We can also agree that they were not cowards.

For even they knew that there were risks and no guarantees of success.

But they pressed on anyhow.

If we want to be free as a species, we need to alchemize our mindset accordingly.

We have to actually care enough about being free to do something about it.

We have to initiate ourselves into occult knowledge, and always be learning and gaining new levels of understanding.

And we have to be brave and be willing to press on, despite much resistance and opposition.

education – out of darkness, and into the light 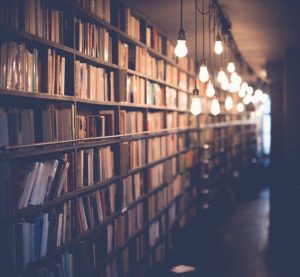 When I say that education is the way out of the darkness, and into the light, this is not a religious statement.

No more than the discovery of fire, or of the flashlight was, to save us from the perils of the night.

A common-sense understanding of gravity can save your life.

And a common-sense understanding of objective morality can save you from living in hell.

Hell, in this case, is a world or realm where you have free will, but cannot exercise it.

It’s the worst kind of torture, like owning a prized possession you can neither touch nor use.

No matter what you do, you are attacked, limited, suppressed, or even oppressed.

These are the required ingredients to manifest freedom in the world.

Most of the anarcho-[insert-ist-word-here] authors and groups will never speak about these.

You’ll never hear about any of these on CNN or Fox News.

Your parents most likely never taught you about them.

And there’s no elementary or high-school classroom dedicated to these.

If you want to live in a free world, you have to truly care about doing so.

And then you have to act courageously and acquire knowledge and understanding to make it so.

That’s what I’ve done in my own life.

Hence this platform and project were born.

Perfection is not the goal.

As long as we are willfully moving from ignorance to knowledge and understanding, each and every day, then this is good enough.

This website, and all of the resources it contains, are at your disposal to continue your own education.